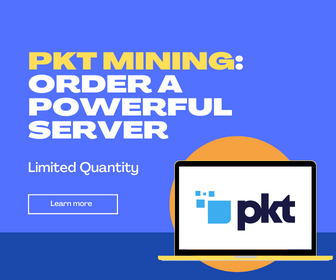 Do you want to check your PKT mining rewards? You’ve come to the right place.

PKT is an innovative idea for eradicating monopolies in ISPs all over the world. It’s the world’s first bandwidth-hard blockchain.

Recommended: What is Ke/s in PKT Mining?

You must already be mining PKT, so without wasting time let’s begin.

By combining the power of all the pools, approximately 60 blocks are mined in an hour. As of the time of writing this article, the current block reward is 1992 PKT.

How to get started?

You can view the results by entering your PKT wallet address into the box and clicking “view results.”

Some pools have a higher computational and bandwidth power than others, causing them to dominate other blocks.

It doesn’t remain long since the PKT mining difficulty is adjusted every 33 hours if more than 60 blocks are mined.

Did you know? You can manipulate the URL to view your mining rewards as per minute.

For example, you’re interested in how many PKT you’ve earned in the last 5 minutes; you just need to change the last digit of the URL.

Now it’s possible to check your PKT mining total balance without entering any command in Linux.

Just visit PKT Explorer https://explorer.pkt.cash/ and put your PKT address to view the total balance, unconsolidated Txns, transactions, mining payouts, mined last 24h and the beautiful graph that shows the total mined you have mined across the period.

Let me break down each item:

The stats don’t end here. It shows more explanation of what is happening under the hood of your mining operation:

PKT demands CPU and bandwidth. The graph reveals your miners’ contribution for bandwidth that will be used for VPN, neighbor Wifi, and much more.

The existing graph demonstrates your CPU contribution to the PKT block mining.

Credits refer to the PKT block mining rewards. The higher the graph height, the better the rewards you get.

Some pools like pkt.world and pktpool.io have a server warmup feature. Your rewards gradually increase after every minute. The typical warmup duration for PKT is 1 hour. It means you should wait at least an hour to see your full PKT earning reward.

The recent blocks show the total number of blocks and the rewards you have got from mining them. The pool column shows the pool name and their respective tips in the “YOUR SHARE” column.

When you click on any block, you’re redirected to the block information. Let me explain each element: